Expertise You Can Trust

If somebody hasn’t asked you already, they will. According to stats website Statistics Brain, 45% of us will create some sort of goal to kick off the new year. But here’s the shocking thing: Only 8% of us will succeed. 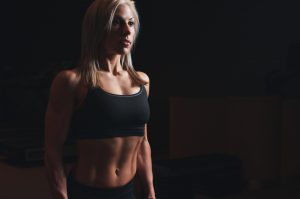 If your head is starting to spin, don’t worry – the arena of resolutions is pretty complex. We’re more concerned about why we fail and succeed than numbers, so we’re going to tackle those issues because we think they’re the most important.

The question of why we have such a high failure rate is one that’s perplexed mental health and fitness experts for decades.

Is it a lack of planning or incentives that make us fail? Or is it something else? We’ll say this much: It’s never easy to change your habits, which is why it’s never easy to follow through on resolutions.

Your Brain, Your Habits and Behavioral Drift

When it comes to New Year’s resolutions, the most important body part we have is our brain. This epicenter of neural activity is a powerful and remarkable thing, but it’s also a stubborn one.

Let’s say you’ve spent the past three years smoking and you want to quit. Aside from any chemical dependencies on nicotine, your brain has gotten into a literal groove in which it expects and desires a cigarette at a certain time of the day or in certain situations.

That groove is so powerful that, if you try to steer the brain off its normal course and set a new path, it will always want to “drift” back to its old behaviors.

Dr. Josh Klapow, a clinical psychologist and professor at University of Alabama at Birmingham’s School of Public Health, talked about behavioral drift in a 2015 LinkedIn post.

“Behavioral drift is a fancy term for the tendency to go back to old behavior patterns until the new behaviors become a habit,” Klapow wrote. “The good news is that just knowing that the drift may occur will allow you to anticipate it coming, catch it and then do something about it.”

Let’s use a real-life example of behavioral drift. You start 2017 with a gym membership you swear you’re going to use at least three times a week. For the first few weeks, everything is great. You love the way your body feels when you work out. 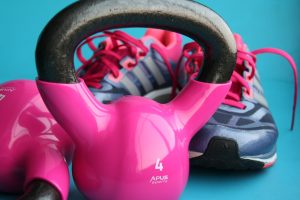 But after about three weeks, a strange thing happens. You aren’t as excited to get out of bed, your body aches a little more and you just want to sleep in like you used to in the pre-resolution days. The desire to return to those old habits is strangely powerful – this is behavioral drift.

As Dr. Klapow mentioned, you aren’t doomed to return to your old behaviors; you can “ride the wave” of behavioral drift to success.

To do that, you’ll need to implement something he calls the “Three-Day Rule”. The concept is pretty basic. If you go more than three days without doing the thing you pledge to do, sit down and write out why you didn’t do it and why you need to start again.

Once you’ve got those reasons penned, pick an exact date for the restart. So, if a combination of a stomach bug and a late night out caused you to miss three days of working out, write down those reasons. Acknowledge them.

Then, write down the reasons you need to start your plan again. Finally, pick the day that you’re going to start again. Post that date in a visible place like a calendar or on the fridge.

Most people will have setbacks, but Klapow says what sets apart the successful ones is that they define the day they’ll get back on the wagon, whereas most people will say, “Yeah, I’ll start up again soon.”