How to Negotiate Your Salary Like A Pro: Part 1 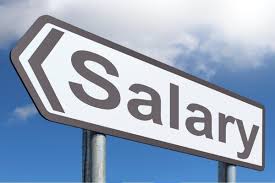 Several years ago, Ally Compeau, founder of boutique sign manufacturer Woof Signs, was working a corporate job and staring at the salary her bosses offered her for a recent promotion.

When she started out with the business, she was in what could be considered a junior role. As she gained more experience, worked on more projects and accepted more responsibility, both she and her boss realized it was time to move her up to a senior role.

While her promotion provided an elevated position equivalent to her experience and skill, her salary did not. She was a freshly promoted employee who had to deal with a salary offer she felt was too low.

It can be hard to think about gratitude if your employer has made you an offer, either via hiring or a promotion, that you think is too low based on your experience and skills.

Even if that’s the case, Compeau believes it’s still important to thank your employer for the offer.

“I think it’s important to be gracious, even if you’re still going to negotiate,” Compeau said. “There is a lot of discussion and approvals that go into promotions and salary increases and a lot of work by your manager on your behalf.”

#2: Ask for Time to Mull the Decision

In most cases, you aren’t going to have a sound argument as to why you deserve more right after your employer makes you an offer, according to Compeau. You’ll need some time to review the paperwork, read through the fine print and let some time pass so that you can think clearly and form a strategy for your response.

Another key to asking for time: You’ll be in an emotional state when you first get the news of your promotion or job offer. That excitement may lead to a quick, “yes,” when you should be negotiating the package they offered you.

#3: Put Together a Case for Why You Deserve More

Once you’ve taken time to review the offer, you’ll need to come up with a clear line of argument that states why you deserve a bigger salary. Telling your boss or hiring manager that you deserve more because of your experience or work ethic won’t cut it, Compeau says.

She suggests coming up with a list of three things:

Being honest about these three areas will help you formulate an appropriate salary.

“I took notes on what I had contributed to the company in the past year (and used real numbers), what I had proved in past positions, and finally, what were others in similar roles being paid (you can use sites like Glassdoor to help with this),” Compeau said.

#4: Present Your Arguments to Your Manager

Remember, your boss is probably going to have to take your counteroffer to his bosses. So, when you bring your simply-stated argument to your manager, he or she already has the material needed to make an argument on your behalf.

“It wasn’t some crazy PowerPoint or anything like that; I just walked him through my thoughts and plan, as logically and using as many facts as I possibly could. He appreciated this and ultimately agreed,” Compeau said. “I also helped to do the work for him. He now had a business case already together that he could use with the senior management team.”

The age-old principle of not saying a number first was the final piece of Compeau’s salary negotiation. She knew her boss was on her side and upper management had read through her case, so there was no need for her to float a number—the company had the information they needed to make a more appropriate offer than what was first pitched.

“I feel that this puts you in a position of power, where you’re not pigeonholing yourself as too high or too low and gives you an additional opportunity to negotiate again if need be,” she said.

Looking Ahead to Part Two

In the second part of this series, we talked with workplace experts from across the country to compile a list of 10 tips  for negotiating your salary like a pro.