How to Handle Fear in the Workplace 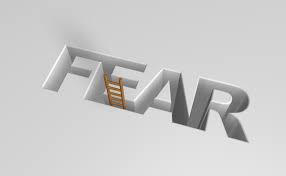 You’ve been with a company for a few years and are starting to truly enjoy the stability you have and the relationships you’ve been. Then, a lawsuit emerges and the future of the company is in limbo.

Your pulse quickens when you first hear the news in a meeting. Afterward, you look around the office and you see a collective sense of dread building among your coworkers. The calm that you’d grown to love is now gone and one thing grips you: fear.

This, says HeraldPR founder Jude Englemayer, is exactly what happened to an international company named TransPerfect Global between 2015 and 2018.

A Real-Life Example of How Employees Overcame Fear

With more than 4,700 employees and 100 offices around the globe, TransPerfect was a formidable company.

Fear prevailed as news of a legal battle for the company spread through the ranks, Englemayer said.

“There were thousands of employees who did not know if their company would be around, would be sold off and if their jobs would exist,” he said. “They were hesitant to start families, buy homes, some even pushed off marriage out of fear of what was to come.”

Englemayer said TransPerfect’s employees banded together, formed an advocacy group and worked even harder than they were before fear set in.

“The astonishing figure is that many rallied together to make the company better and stronger,” he said. “TransPerfect continued hitting strides, exceeding sales and performance goals, and in fact, brought the company to its highest earning period ever.”

In a general sense, the employees at TransPerfect refused to let the unknown dictate their demeanor and tenacity. If anything, they used that fear to strengthen their intrapersonal bonds and work harder.

These are just two ways you can leverage fear in the workplace, though.

Use Fear to Make You Grow

In many cases, new circumstances create fear. You get a new boss. You get a promotion. You’re up for a performance review. All of these can create fear, says Katie Ziskind, a marriage and family therapist based in Connecticut. That fear, however, doesn’t have to be a negative presence.

“When we are presented with fear and anxiety, our natural tendency as humans is to shy away,” she said. “Fear simply means that you’re doing something new.”

These new situations test your mettle and force you to draw on your inner strength to move beyond a fear-based paralysis and into success, much like the earlier example of the employees at TransPerfect.

“Look at your fear and situation as a challenge that is manageable,” she said.

Use Fear to Be Courageous

Courage is the ability to move forward with a goal or task despite the great fear those goals or tasks create. You look past the risk, the turmoil and the uncertainty.

And courage, says Halelly Azulay, CEO of TalentGrow, is one of the beautiful side effects of tackling fear. However, it’s an underrepresented quality in the workplace.

“In my work as a leadership development strategist, speaker, and facilitator, I meet a lot of people and unfortunately, way too many of them are playing too small, too safe,” Azulay said. “I see a lack of courage, the kind of courage that lets you see your fears, face them square on, and take action toward your big, scary goals in spite of that fear.”

The absolute worst thing you can do with the fear you feel about your job is to let it dictate how you make choices. When we view fear as a negative presence, we miss out on its potential.

“In a way, I not only think that having some fear is a positive thing, I think it is a prerequisite for change, innovation, growth, and high-impact work,” Azulay said. “Let’s stop being afraid of fear, let’s stop avoiding fear at all costs, and let’s stop seeking ways to dull it out and lead comfortable but mediocre work lives.”

Know When Fear Is Constant and not Temporary

Yes, fear can be a good thing in the workplace. In the short-term, the stress hormones released amid your fear of your future at your company is a good thing because it spurs you to work harder.

However, if that fear is present for the long-term, it can have a corrosive effect, said Brooke Sprowle, a licensed clinical social worker and founder of My LA Therapy.

“In my experience, fear can make you a better employee by motivating you to work harder so you don’t lose your job,” Sprowle said. “However, if the fear/stress levels are too high, it can make people fall apart.”

So, while fear can be a tool that you use to excel in the workplace, you have to remember that the stress fear creates cannot be a constant; it should only be seasonal.

This should lead you to some honest questions about your job. Ask yourself: Is this fear I’m feeling based on circumstances that will change at some point in the future, or is this just the normal day-to-day environment of this position?

A little fear is good, Sprowle said, but working in an environment of constant fear – and, therefore, constant stress – can be detrimental.

“Too much fear isn’t a job enhancer but a little can be,” she said.